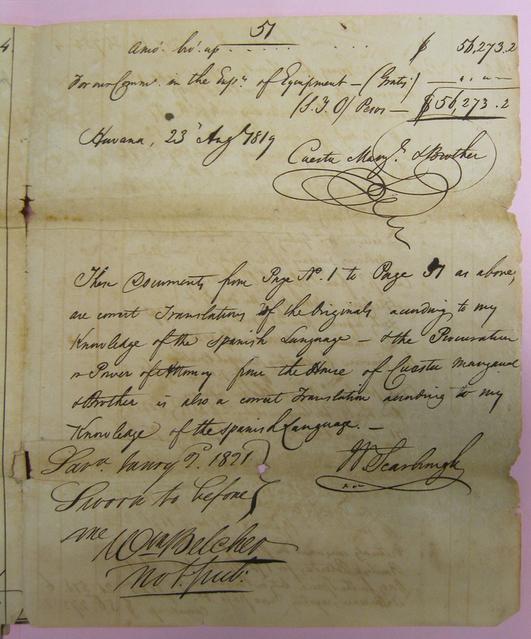 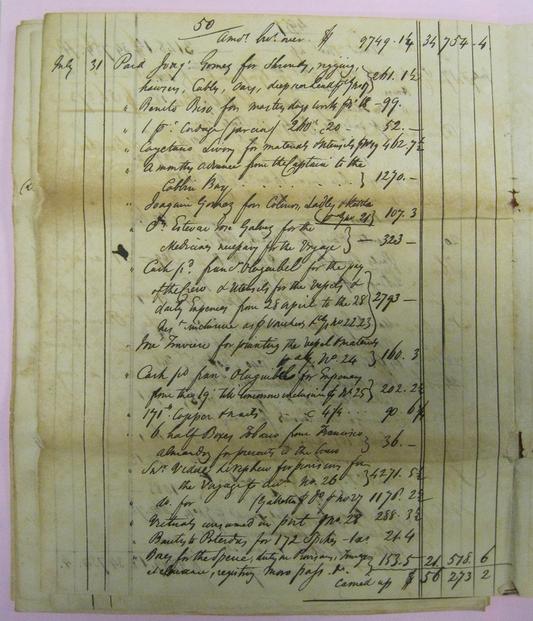 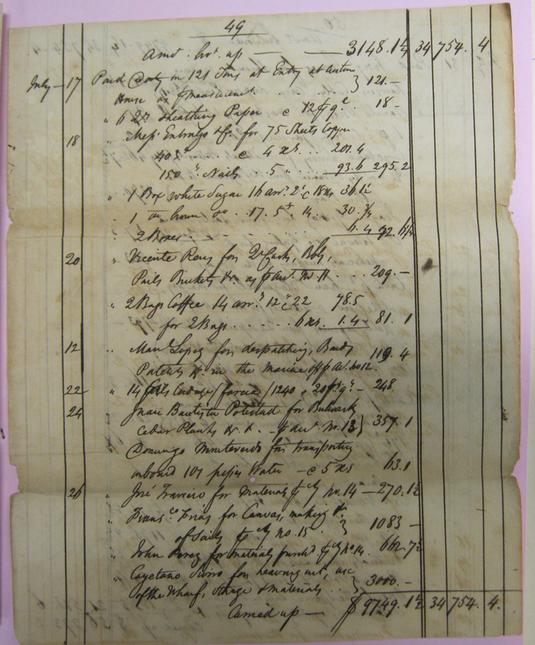 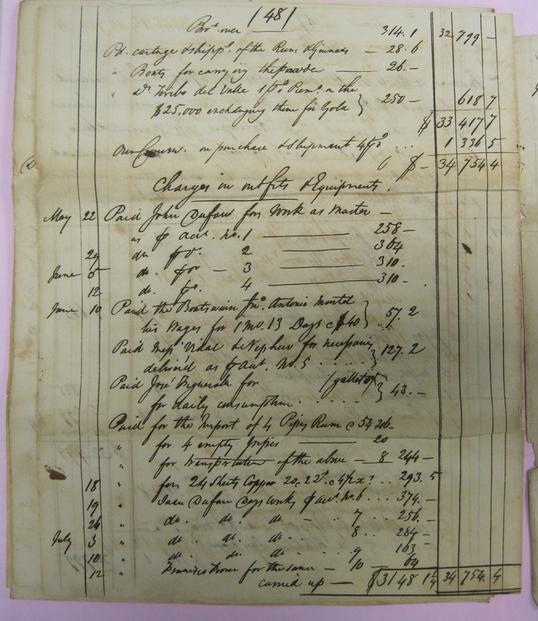 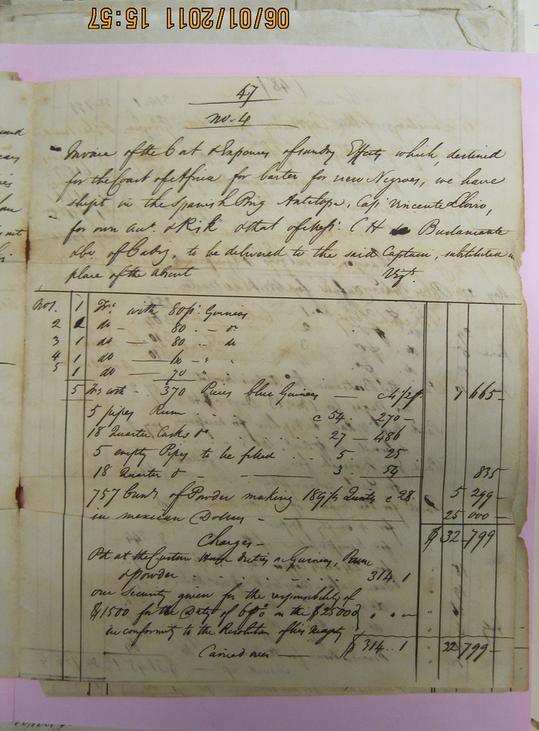 Fitting out the Antelope

From May though August of 1819, the firm of Cuesta Manzanal y Hermano in Havana, Cuba, prepared the Antelope for another voyage to Africa.  The ship's two previous voyages had returned with at least 461 captives from Africa.  The profits from such voyages were huge, but so to were the costs and the risks.   The documents posted here show that more than $56,000 Spanish dollars were invested in the voyage of the Antelope.  If the voyage was successful, the firm of Cuesta Manzanal y Hermano might clear more than $50,000 in profit.  If the voyage failed, they might lose every penny.  Thus, when the Antelope sailed from Havana in August of 1819, it was a double or nothing venture, with the odds favoring a successful voyage.

Documents from RG 21, District Court of Georgia, National Archives at Atlanta.  Photos by the author.