After Slavery: Race, Labor, and Citizenship in the Reconstruction South

Buy from Amazon.com
Buy from Univ. Press of Florida

After Slavery moves beyond broad generalizations concerning black life during Reconstruction in order to address the varied experiences of freed slaves across the South. Urban unrest in New Orleans and Wilmington, North Carolina, loyalty among former slave owners and slaves in Mississippi, armed insurrection along the Georgia coast, and racial violence throughout the region are just some of the topics examined.

Includes Chapter Three, "Surrounded on All Sides by an Armed and Brutal Mob: Newspapers, Politics and Law in the Ogeechee Insurrection, 1868-1869"  by Jonathan M. Bryant 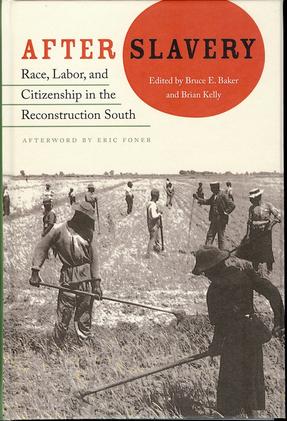