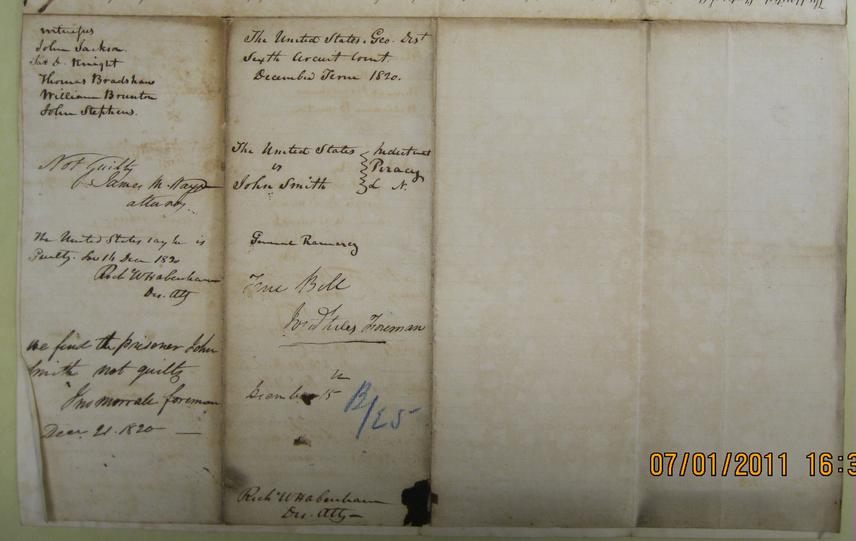 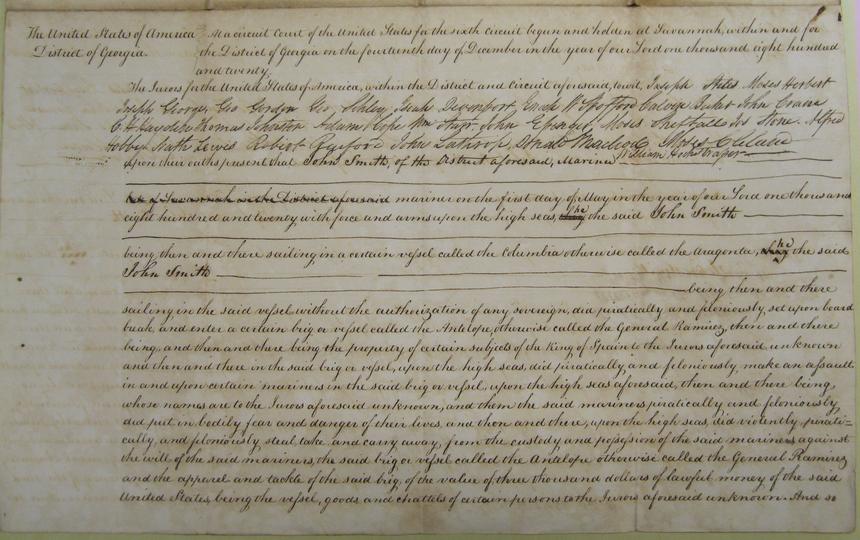 This is one of three piracy indictments obtained by US Attorney Richard Wylly Habersham against John Smith, the Prize Master of the Antelope.  Note that it charges Piracy under the Law of Nations.  In the final document note the signature of future Supreme Court Justice James M. Wayne next to the notation "Not Guilty."  Wayne was one of John Smith's attorneys, the other was future US Attorney General John M. Berrien.