​What Happens when a Historian Writes Fiction?

Scroll Down for Reviews of Dark Places of the Earth ​and for interviews with Professor Bryant.

“In Bryant’s gripping telling, the moral contradictions of the time are laid bare…. Carefully researched, beautifully crafted, Dark Places—the title comes, ominously but evocatively, from Joseph Conrad’s Heart of Darkness—is one of the very few books that delivers on the promiscuous promise to employ an obscure episode to offer new insights on a well-trod byway of history.”

Listen to Dr. Bryant's conversation with Roland Martin on his radio show.

Dark Places of the Earth

The Washington Independent Review of Books

Watch an Interview about the Antelope with Jonathan M. Bryant from

Dark Places of the Earth plunges us into a world where slavery was normal, and where slaves had no rights as human beings.  The arrival of the slave ship Antelope in 1820, bearing hundreds of African captives, surprisingly challenged those assumptions.  The stubborn struggle of advocates for the captives  ultimately forced the Supreme Court to decide whether human rights or property rights were paramount in American Law.

“Dark Places of the Earth is a meticulously researched scholarly history that packs an emotional punch. . . .   Jonathan M. Bryant relates the story behind a complicated and momentous case before the US Supreme Court, filling it with human interest and suspense.  His sensitive characterizations of the actors in his narrative—pirates, lawyers, politicians, judges, and slaves--are worthy of a novel.”

"From its poetic title to its concluding sentence, Dark Places of the Earth spins a riveting yarn, using the vexed voyage of the slave ship Antelope to illuminate a profound moment in American history.  Vividly-drawn characters and courtroom drama make this narrative history of a high order."
--Marcus Rediker, author of The Amistad Rebellion

Dark Places of the Earth: The Voyage of the Slave Ship Antelope. 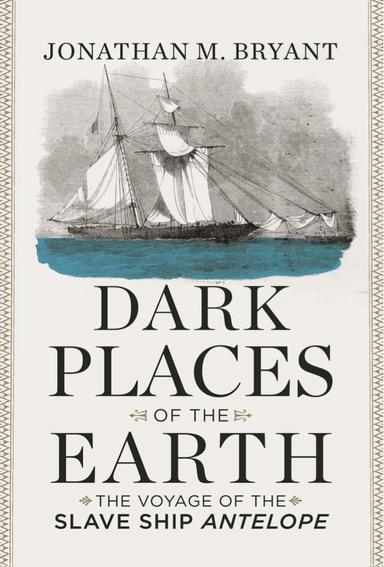